Cathode Comanches
2010
sculpture/video
Installation: a looping system in which one new LCD flat-screen television shoots out the screens of several CRT (Cathode Ray Tube) monitors. The piece explores varied elements of consumer culture, entertainment, waste and obsolescence. The footage on the LCD monitor is from battle scenes between John Wayne and Comanche natives featured in The Searchers. The spectacle is brought into the third dimension by replacing scenes of the Comanches with CRT monitors. This work is evolved from an earlier installation called Crystal Bullet and Cathode Ray. 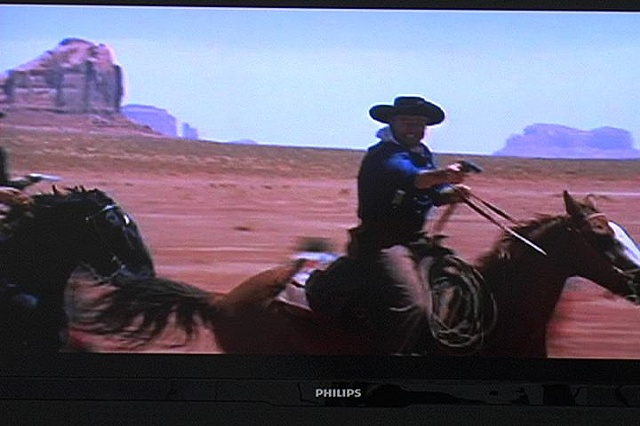